Executive Perspective on Automation IT Process by Jaime Gmach | Keyva

As a technology industry veteran of 35 years and business owner for the past 24, I have had an opportunity to experience many different trends in technology throughout my career. From the growth of the personal computer, to the early days of the internet, to the remarkable developments in compute and storage innovation, I have been fortunate to see a lot. The impact to business, and by extension our personal lives, from each of these technology innovations has been profound.

These past innovations bring me to automation today. I will be the first to admit that the areas of automation, orchestration and DevOps were only slightly more than curiosities to me three years ago. While I understood the business value by definition, I was not convinced that the business outcome properly aligned with that definition. In other words, it seemed that it was still somewhat high on the hype curve and the return on investment was not yet clearly defined. My best, relatively recent analogy, would be from five to six years ago where many companies were all-in with their investments in analytics appliances, before they fully understood the business problems they were trying to solve.

Contrast my view three years ago with my view today, where those same words; automation, orchestration and DevOps are part of my daily lexicon and part of most every conversation with client business leaders. Rarely does a client discussion occur without reference to automation and its importance to their business in the coming year. It should then not have been a surprise to me when all six executives in a recent panel discussion identified automation as their most critical business initiative for 2019. In fact, so much emphasis was placed on the importance of automation, that it dwarfed all other business initiatives discussed by the panel members.

As I tried my hardest to get into the heads of the various business leaders to better understand the common thread that connected all of the interest in automation, it hit me. It made me think of one of my favorite books, Good to Great, by Jim Collins. The panel executives were desperate for innovation and recognized that automation was a vehicle to create separation between them and their competitors. I believe that there are many companies who are well run from an IT perspective, but who are not recognizing the opportunity to capitalize on automation and orchestration as key differentiators for their business.

As I look back on how my understanding on the value of IT automation to businesses has changed over the past few years, I can honestly say that the clarity of its significance could not be more apparent. The impact of a clear and committed strategy to streamline processes through automation, orchestration and a well thought out DevOps strategy is not only important, it is critical to the success of most every business. So much so that companies who do not buy in to its importance to their business, will be left behind their competitors and could end up much like the companies depicted by Jim Collins, many of whom are no longer in existence today. 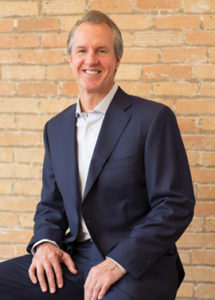